Beck Studios is based in Wellingborough, Northamptonshire and was originally established in 1969 by Derek Tompkins, who recorded some well known artists of the time including Helen Shapiro, Joe Brown and the Brothers, Bauhaus, The Baron Knights and Frank Ifield to mention a few. Most famously, Freddie Mercury also recorded a few tracks at Beck during his Larry Lurex days.

Beck has remained a recording studio most of the time since under various owner/engineers and is still in the original building on the original site. 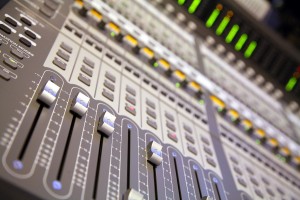 Nowadays, Beck boasts a full video and photography suite to compliment the recording studio. So band videos and photos can now be offered to make up a complete promotional package.

Although Beck recordings are now mainly created on the latest digital technology, such as Protools and Logic, owner/engineer Dave Smith still has a complete analogue rig and can still offer a retro approad to recording, using an analogue mixing desk, outboard effects, microphones techniques and sound baffles, just like the techniques EMI used in the Apple Day’s.

Of course you could record using a mixture of analogue and digital technology to take advantage of the best of both domains. Other than refurbishments, the layout and acoustics are remarkably unchanged since the 70’s, that’s the way the musicians who use it like it.

Jigsaw 24, supplier all all things audio and video did a case study on Beck Studios Protools installation two years ago. They called to ask to come back to follow-up and produce a promo video.  Their marketing team turned up a couple of weeks ago with a film crew and produced a short video. Click on this link to see the write-up and view the video: jigsawaudio.com/case-studies/bec... Read more »

Browse through all of our latest news »